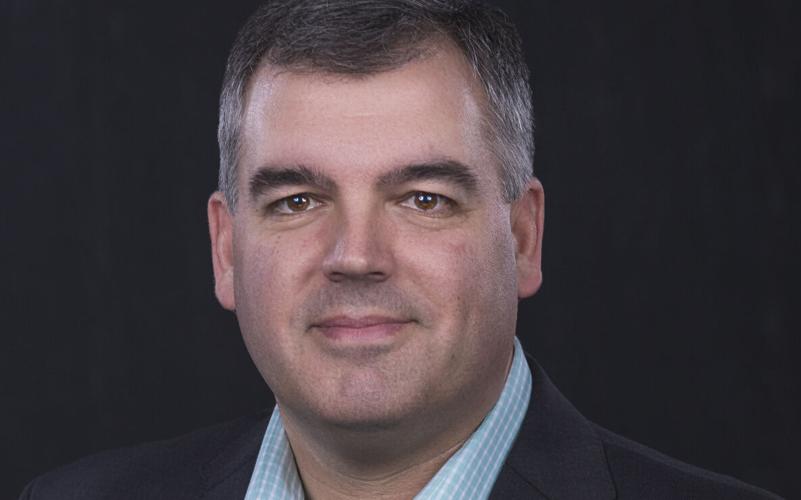 Doug Pacey is the assistant communications director for ADOT. (ADOT/Submitted) 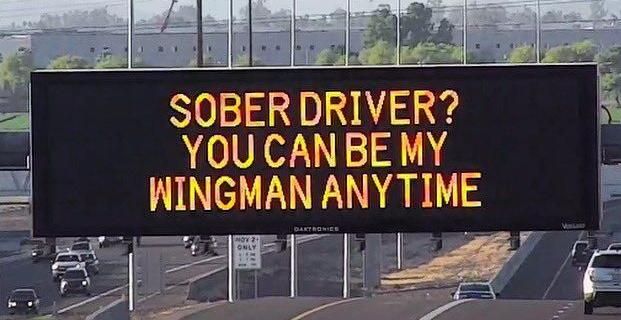 The freeways around the Valley are plentiful and highly traversed.

So, the Arizona Department of Transportation staff threw a little humor into their safety messages on overhead signs.

Doug Pacey, the assistant communications director for ADOT, said despite the witty messages, the purpose behind them is quite serious.

“The things we look for are things that are front of mind to people and what they can relate to,” Pacey said.

With ADOT for more than nine years, Pacey said over 90% of crashes are caused by driver behavior — impairment, speeding, recklessness or distraction.

“If we can come at something from a little bit of a different angle, and make people raise their eyebrow or think about it, that’s what we want to do,” he said. “We really want to change driver behavior with these messages.”

ADOT is not the first state to utilize messages like these. The Iowa Department of Transportation uses witty messages to encourage safe driving. An ADOT employee saw those at a 2015 conference.

He said the response has been overwhelmingly positive.

“They like seeing them,” Pacey said. “I think people want to see other people — including themselves — to be reminded to make good decisions behind the wheel because we’re all on the roads together. It’s not just an ADOT thing; it’s an all of us thing.”

To schedule messages, ADOT utilizes an opportunities calendar with a list of holidays, sports events, movie releases and concerts.

From there, they brainstorm, come up with three or four ideas, send them through management and choose the one that goes up. They only post at low-priority times, however.

“These nontraditional quirky safety messages are scheduled at the lowest priority,” Pacey said. “So, anything else that’s happening, like an active incident on the highway, or a crash that’s blocking two lanes ahead, or construction related restrictions or closures, or amber, blue silver alerts, things like that.

When asked which of his signs was his favorite, Pacey thought back to the first one ADOT came out with.

ADOT does its best to keep the public involved with the signs.

For the fifth year, ADOT is running a contest for submissions. From the entries, ADOT will choose 15 to 20 finalists and then have a public vote to decide the two to three favorites. Those then run on ADOT’s message boards.

Sorry, there are no recent results for popular videos.

Sorry, there are no recent results for popular commented articles.

Ask veterans why they …

As part of its anniver…

Swimming is top of min…

In Case You Missed It...

The Maricopa County Sheriff’s Office received a grant from the Governor’s Office of Highway Safety (GOHS) to improve overall safety on public roads and highways by means of a new MCSO motorcycle unit.

Ask veterans why they joined the military, and the answers vary. Many came from military families and that is all they knew. Others seek adventure or discipline.

Carefree town officials are inviting residents to an open discussion regarding the comprehensive signage and circulation plan and village master plan to get input, feedback and answer questions Tuesday, June 28.

The Anthem Way Foundation is implementing a new legacy giving program for those who want to continue supporting the Anthem Veterans Memorial after they have died.

Maricopa County Sheriff Paul Penzone discussed residents’ concerns about traffic violations and school safety and gave a brief update on the state of the organization at a June 10 meeting.

Swimming is top of mind for children in search of fun and a break from the heat.

Phoenix’s rapid growth likely will change your garbage and recyclables and greens collection days by October.

The Anthem Community Council recently held its board of directors elections.

To prepare for possible wildfires, APS shared with the Cave Creek Town Council a response plan and advised about possible outages.