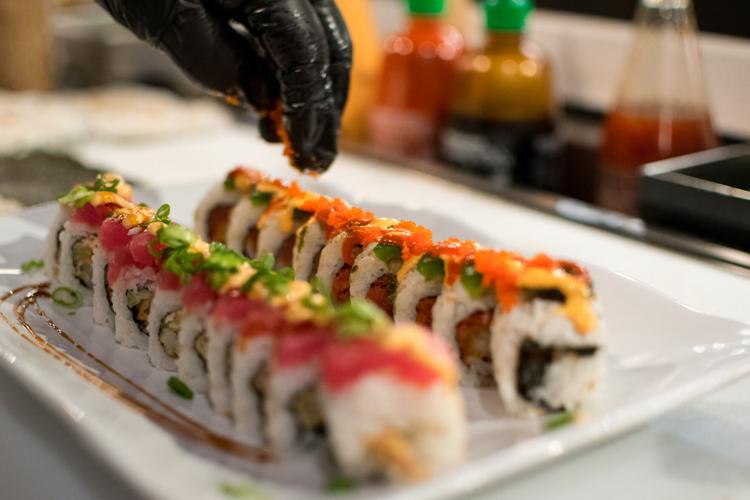 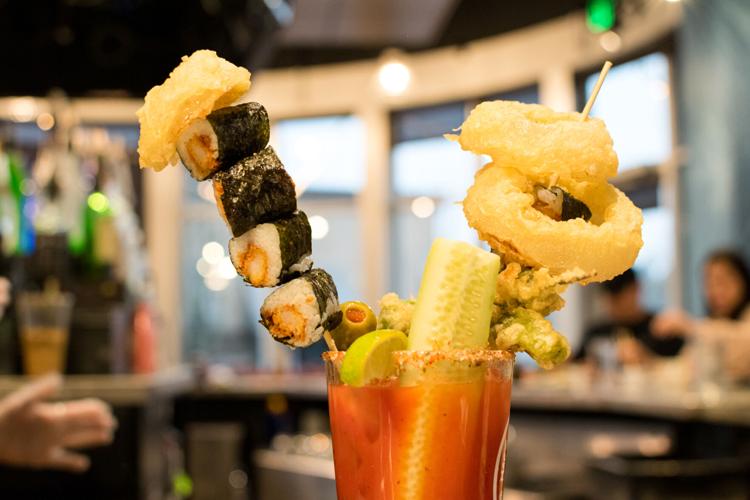 Trapper’s Sushi started as a small, single restaurant with a creative owner and chef dedicated to good service and even better food.

Now, the restaurant is opening its 14th location nationwide and its third in Arizona with the grand opening of Trapper’s Sushi in the Anthem Crossroads on June 6.

“We are so excited to be opening our Anthem location. It is the perfect place for Trapper’s Sushi’s distinctive brand of great jobs, fantastic food and outstanding customer service,” CEO Trapper O’Keeffe said.

Restaurants at Anthem Crossroads range from burgers and barbecue to Mexican, and now Trapper’s Sushi is adding a new cuisine to the area. The Anthem Crossroads location will be the franchise’s third in Arizona, with restaurants in Avondale and Downtown Phoenix as well.

The Trapper’s menu has a large and diverse selection of signature long sushi rolls; nigiri and sashimi; appetizers; as well as vegetarian, vegan and gluten-free options. For diners who prefer cooked entrées, Trapper’s offers teriyaki and tempura combos, and has a kids menu for children 10 and under. It even has dessert options like fried ice cream and a mochi ice cream flight. Trapper’s also has daily specials and a happy hour.

Trapper’s Sushi started out as a small shop 17 years ago, founded by Trapper O’Keeffe, and has grown exponentially.

“Our founder started as a single little sushi restaurant called Sushi Town, and it was really successful,” Sears said. “People really liked the accessibility on the menu and the creativity of some of the roles. So, it was one of those situations where the business took off pretty quickly. We started expanding and rebranded the business to Trapper’s Sushi, and now here we are.”

Most of Trapper’s restaurants are in Washington, but Sears said it expanded to Arizona, in part, just because Trapper wanted to move here himself. Trapper and the CTO both live in the greater Phoenix area now and have plans to continue expanding in the area.

“We’ve been in Arizona for about two years now, and it’s going really well,” Sears said. “I think part of the reason we’re continuing to expand in Arizona is that we’ve gotten a good response from our customers. We want to keep expanding into places like Anthem, where there’s a lot of opportunity and people seem really excited about this coming.”

He added that people were drawn to the original Sushi Town because of its creative menu entirely created by Trapper himself. His creativity led to inventive combinations, like the Mt. Si roll ($14.50) with smoked salmon, apple and cream cheese topped with avocado and sweet chili sauce. Of course, the basic sushi favorites like rainbow, California and spicy crab rolls are available as well.

Sears said the restaurant’s most popular menu item is by far the Bonney Lake ($15.50), a fried crystal shrimp roll with cream cheese that is covered with spicy crab, teriyaki and hot sauce. However, with a five-page menu, Sears added that everyone has their own favorites that they gravitate toward.

“What’s cool about Trapper’s is that it’s sushi for everybody,” Sears said. “There are tons of options, and it’s accessible in a way that some super high-end luxury sushi restaurants (aren’t). We’re very different from that. We want the whole family to come. We want everybody to have a good time and everybody to have something they want to eat.”

Sorry, there are no recent results for popular videos.

Sorry, there are no recent results for popular commented articles.

Ask veterans why they …

As part of its anniver…

Swimming is top of min…

In Case You Missed It...

The Maricopa County Sheriff’s Office received a grant from the Governor’s Office of Highway Safety (GOHS) to improve overall safety on public roads and highways by means of a new MCSO motorcycle unit.

Ask veterans why they joined the military, and the answers vary. Many came from military families and that is all they knew. Others seek adventure or discipline.

Carefree town officials are inviting residents to an open discussion regarding the comprehensive signage and circulation plan and village master plan to get input, feedback and answer questions Tuesday, June 28.

The Anthem Way Foundation is implementing a new legacy giving program for those who want to continue supporting the Anthem Veterans Memorial after they have died.

Maricopa County Sheriff Paul Penzone discussed residents’ concerns about traffic violations and school safety and gave a brief update on the state of the organization at a June 10 meeting.

Swimming is top of mind for children in search of fun and a break from the heat.

Phoenix’s rapid growth likely will change your garbage and recyclables and greens collection days by October.

The Anthem Community Council recently held its board of directors elections.

To prepare for possible wildfires, APS shared with the Cave Creek Town Council a response plan and advised about possible outages.